Much of our interview data reflected a dominant understanding of innovation as entrepreneurial, western, and tied to commercial success. This corresponds to historical literature on the subject, much of which emphasizes the role of innovation as part of an economic process of invention, development and diffusion. We found few counterpoints to this definition in our interview data, with most of the participants either agreeing with the dominant discourse of innovation as market oriented, or not addressing the market side of the issue at all. 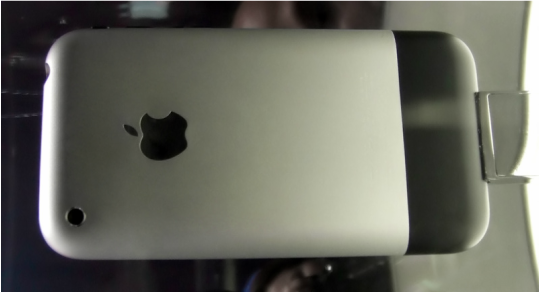 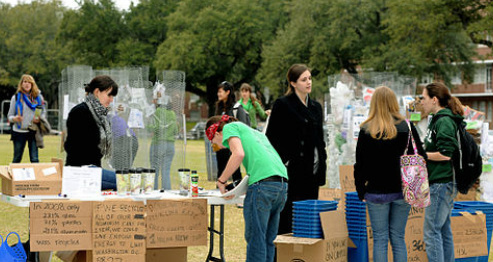 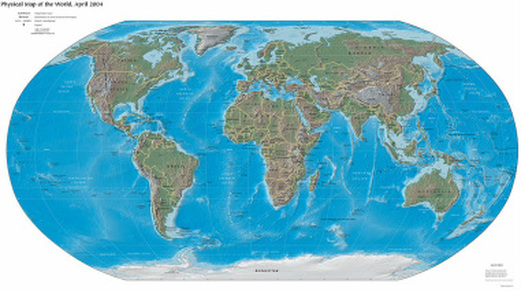 The images below are "heat maps", which show color-codes that are determined by the frequency of the appearance of words associated with the dominant (blue) or non-dominant (red) ways of speaking about innovation in our interview data. The first is based on data from the longer key informant interviews, while the second shows the data from the microinterviews. 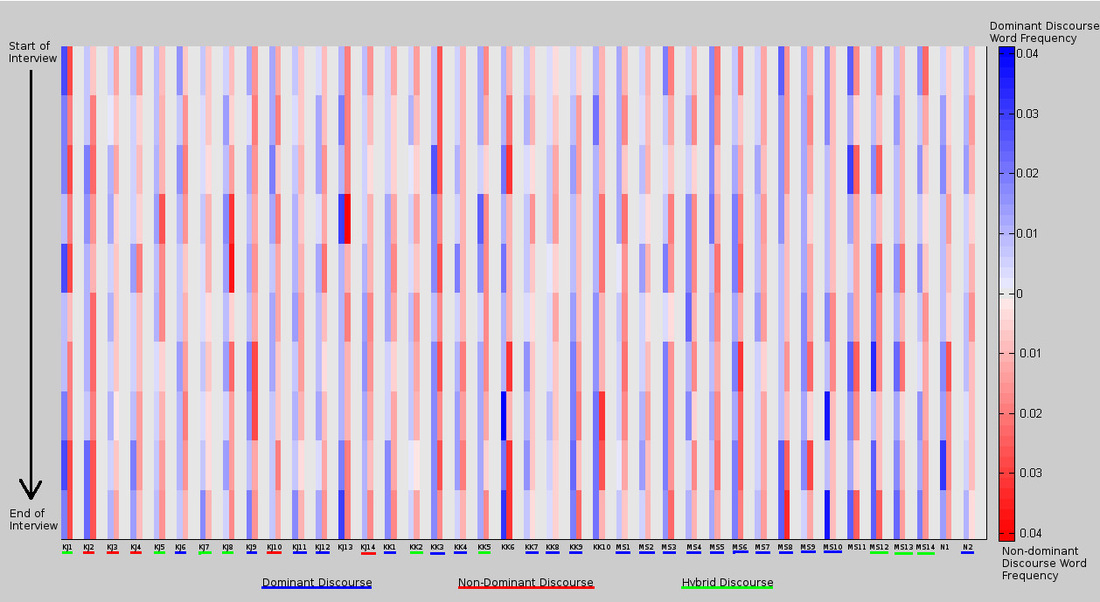 Heat Map of Microinterviews
The image above shows a heat map of the forty-three microinterviews. In addition to the color-coding of the words used in each interview, the interview code names along the horizontal axis are underlined with a color corresponding to whether the interview as a whole was classified as dominant (red), non-dominant (blue), or both (green) during qualitative discourse analysis.

The map shows that there is a huge variety in the way that our interviewees talked about innovation, and that the use of specific words may not necessarily correlate to a more general way of talking about innovation.  An example of a "dominant" word related to the post above would be "entrepreneur," while a related example of a "non-dominant" word would be "community."