Innovation as New and Novel

Change emerged as a major theme in the definitions of innovation that we encountered. In their statements, our interview participants repeatedly connected innovation with newness or novelty. However, many different facets of change were represented. From radical to incremental, technological to personal, progressive to inevitable, the excerpts below show some of the many viewpoints found in our data on innovation as representing newness and change.

Created to provide a visual and statistical complement to our qualitative analysis, the word clouds below were constructed based on the frequency with which words were used in a given sample of microinterviews. The larger a word appears in the image, the more often it was found in the sample. The first image was created using only those microinterviews which were classified as "non-dominant" through our qualitative discourse analysis. The views expressed in these microinterviews are similar to the "challenging lenses" above. The second image took all microinterview data - both dominant and non-dominant - as its sample. 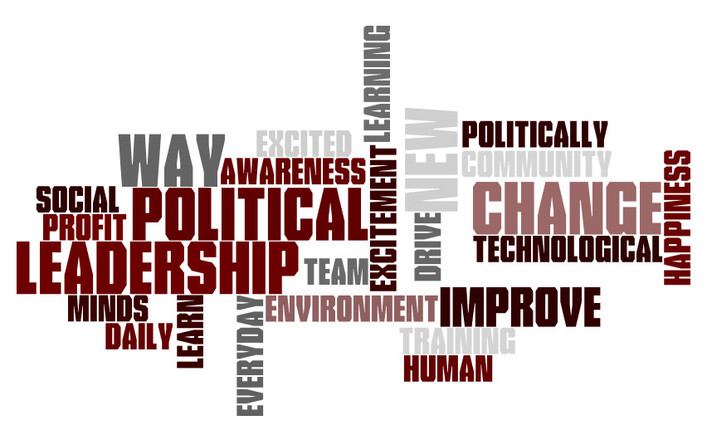 Word cloud showing the relative frequency of all keywords appearing in non-dominant microinterviews
The image above shows a word cloud of all of the relevant keywords appearing in all of the microinterviews that were classified as "non-dominant."  This shows some of the non-dominant ways of thinking about innovation, typically associated with politics, leadership, and the concept of "change" more broadly.  Interestingly, aspects of the dominant way of talking about innovation appear here, too, such as "technological" and "profit." 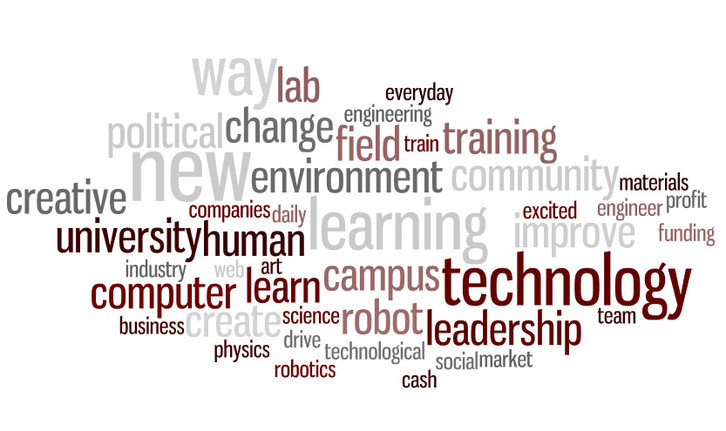 Wordcloud showing the relative frequency of all keywords over all microinterviews
This image, based on all microinterview data, shows that a lot of the words that are associated with the dominant way of speaking (such as "technology" and "new") appear frequently, but so do words associated with the non-dominant way of speaking (such as "political" and "community").  It further indicates that robots are innovative.
Boundary Spanning